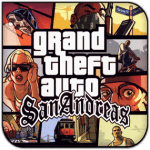 Grand Theft Auto San Andreas was not the first game with the motive of a good villain. There are scores, if not hundreds of such titles. But what does it matter, if the motive impressed so much right in this game, developed and published by Rockstar Games Studio. Platforms: PC, XBOX, X360, PS2, PS3, PS4, AND, iOS, WP.

The good, the evil and not necessarily ugly

The player’s attitude to Carl Johnson, the game’s main character, is built not on what he does later, but on what had happened to him before. It’s not so hard to virtually sympathize with a person who with not necessarily ‘clean’ incentives had to escape from his home Los Santos. Especially that after a few years the character has to come back to the entirely changed city, and a death of a close person makes the drama even more profound.

Of course, in the case of games such as GTA San Andreas, the review of the main character (and of the game itself) review cannot be exclusively serious. No wonder, for the game’s climate is hardly serious, and the scene in which the local thugs run away on BMXs deepens the effect still more. Every fan of black humor will find something for themselves. It’s no use hiding it, GTA San Andreas is a game in which even death has its peculiar, humorous expression.

Murderous Sims with a dose of black humor

As one can easily guess, in the case of games such as Grand Theft Auto San Andreas, the review must also refer to the main character. Especially because GTA offers a wide scope in this respect. Carl Johnson, whom we become in the game, can freely modify its posture, at the beginning of the gameplay being a rather small man. His diet is very significant here. If the player uses the same meals over and over again, it may turn out that the character is losing strength and performance. CJ shouldn’t be overfed, either. Too much fatty meals will make his built, to put it bluntly, overgrown with fat. Obviously, it will translate to a diminished fitness.

We can comfortably risk saying that GTA San Andreas is to some extent similar to The Sims. Here we have a character whose interaction with the surroundings is not limited only to killings, thefts etc. Carl Johnson also has to eat well and get dressed properly. And it turns out that these two aspects are among the most essential in the game. 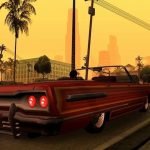 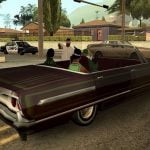 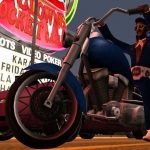 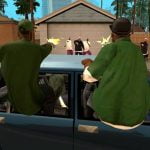 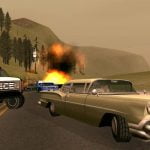 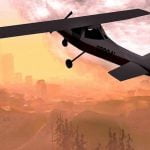 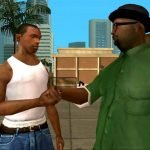 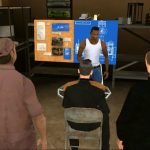 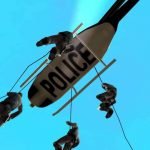 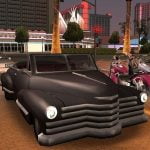 Each observant player will immediately associate the presented world with California of the 90s. The gangs’ wars, police that (usually) does not get between them, and the omnipresent rap are just some of the elements of the presented world. On the other hand, we deal with extremely complex features of particular characters, who can be – to put it mildly – described as very nervous.

Because otherwise how can we explain a situation in which during an average brawl, guns (automatic too) go into use faster than fists? Sometimes a few irresponsible words are enough to change our character from a hunter into a game, who needs to know perfectly the city’s topography in order to run away from potential opponents. Let’s not hide it: Carl Johnson is in that case just a small wheel in a huge gangster machine of the city. Even making to the top of it, which is our aim by the way, doesn’t guarantee safety. A fall from such height can be as painful as a couple of deadly shots. Literally and metaphorically…

In the case of such advanced games as GTA San Andreas, the review should refer not only to the gameplay itself, or to the characters it features, but also to the – premiere dates. Admittedly, GTA is in this respect one of the most complicated productions.

Here are the premiere dates for particular platforms it has been released for:

To put in one word, Grand Theft Auto San Andreas is the game that has the most premieres, in installments for different operating systems and hardware platforms. Despite its simplicity (there’s no need to hide it, it’s a production from 2005), it belongs to the most popular games in the genre.

The recommended technical requirements for GTA San Andreas are:

You can DOWNLOAD GTA San Andrease from this page: