The series Grand Theft Auto, released by Rockstar Games, since the very beginning ignited plenty of emotions among players and the media. When we go into the game’s world, we soon find out that the morally questionable appropriating cars of random passer-byes, that makes the title of the game, is by no means the only task in store for us in the gameplay.

A few word about the GTA series

GTA is one of the most popular and acknowledged games of the genre called action-adventure. Its originators were David Jones and Mike Dailly, and the production of the first titles was taken up by the studio DMA Design, which soon change its name to Rockstar North. Then the running of the cycle was taken over by brothers Dan and Sam Housers, Leslie Benzies and Aaron Garbut.

Most GTA series games takes place in fictitious locations, modelled on the perfectly well-known in real world. Liberty City, Vice City and San Andreas are respectively New York, Miami and the state of California. The player has the possibility to move around the so-called open world, in which he can select missions allowing to learn subsequent parts of the main storyline, or just cruise around the world created by the producers, and experience interesting interactions during the exploration.

Each part add some new mechanics. The most expanded in terms of this seems to be the last part (GTA 5), where apart from the highly developed base version of the game, the producers spoil the players by cyclic, free updates. 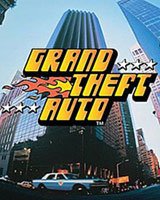 Published for three platforms: MS-DOS, Windows, and the Play Station console. Consisting of six main levels, whose action takes place in cities modelled on the mentioned before, real American equivalents. Most of gameplay is based on completing tasks commissioned by the underworld elite of fictional cities. Our character’s chief working tool is a car. As we make progress in the game, we unblock new more difficult tasks, our reputation and wallet grow. 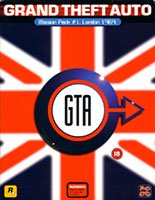 An addition with missions to the base game of 1997. Unfortunately, Grand Theft Auto: London 1969 didn’t gain the reviewers approval. They pointed out that the gameplay doesn’t introduce many innovations, and it’s hard to compare it with what Rockstar offered in the base game. In the addition we receive 36 new missions and 30 new vehicles.

A free extension to GTA of 1997, released in July 1999. In order to start the extension, we need the previous extension (London 1969), and the base game. We have the opportunity to get back again to the British capital in the 60s. The storyline takes place eight years before the events of the previous addition. The player gets for his disposal twenty-two new vehicles and a multiplayer map modelled on the streets of Manchester. 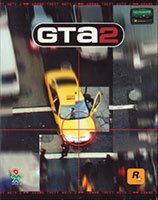 Continuation of the series in which we can again become a criminal, and commit less or more bold acts of violence. The action takes place in a hypothetical American city (Anywhere, USA) with unprecise location, divided into three main districts. Two local gangs strive for domination there, as well as Zaibatsu, which is the strongest ‘player’ of them all. 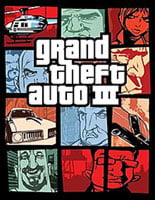 The first fully three-dimensional GTA. A new graphics, rich environment, full of objects and independent characters, let continue the gameplay in a big city, bustling with life. The storyline in Liberty City is non-linear: some tasks can be skipped, others may be completed in random order. GTA overtook with its scale a lot of games available in 2001-2002.

Grand Theft Auto: Vice City is am extension of number 3. The game takes place in Vice City in the 80s of the 20th century. We become Tom Vercetti, whose task is to sort out the city gangs, by the order of a man called Sonny Forelli. For the first time we can move around the city also by means of motorbikes, boats, and a helicopter.

Grand Theft Auto: San Andreas introduces several novelties. The fresh visuals with realistic shadowing and light reflexes, excellent music and climate of the 90s made this installment of the game on of the favorite until this day. The game offers the possibility of interacting with buildings, looking after the character’s body shape, and even become a proprietor of an estate. 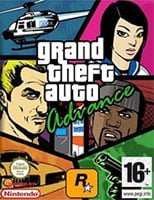 Grand Theft Auto Advance is a game designed for a pocket platform Game Boy Advance. Similarly to the PC version of GTA, here we also become a villain, this time it’s Mike, whose task is to climb up the ladder of the underground career. The curiosity of this installment of the series are undoubtedly the changing weather conditions. 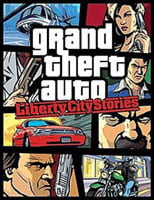 First part of GTA series available for users of a pocket system PlayStation Portable, PlayStation 2, as well as mobile devices with systems Apple iOS, and Android. Liberty Stories obviously takes place in a city which we already know perfectly well from the third installment of the series. The featured events occur before the story we saw in GTA 3.

Initially, Grand Theft Auto: Vice City Stories was to be published only for PlayStation Portable, but later on the new GTA also reached the player of this time. The action takes place in 1984 in Vice City. We become Victor Vance. In this installment it’s possible to enter a pretty large number of buildings encountered on the map, swimming, and even admiring views from FPP on a Ferris wheel. 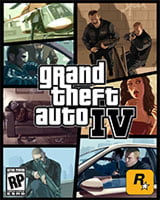 The game is created on original engine RAGE. The technology, advanced at the time, allows the player to admire an amazing play of shadows, light reflexes, smoke etc. NPCs have additional animations (for instance they get round the potholes in the sidewalk), which deepens the immersion during gameplay. Also the sunrises and sunsets bring about extraordinary impressions, with huge impact onto the environment coloring. 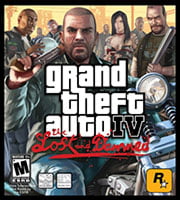 First big addition to the fourth installment of GTA. It’s a story of motorbike gang called ”The Lost”. Liberty City obtained a couple of improvements: new insides of buildings and locations. The impression of belonging to a motorbike gang was strengthened by such tweaks as the possibility to move around by vehicles in formation with other group members. New modes were added to the online gameplay. 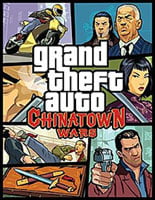 Production dedicated for mobile platforms (PS, DS, iOS, Android Fire OS). Despite the limitations that the producers must have come across, it doesn’t lack in climate and conception, compared with what players could see in the previous installments by the studio. This time we learn the story in isometric view, which may be a little change for the series’ fans. 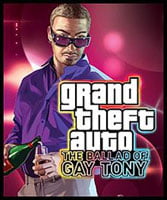 Second extension to GTA 4. The game tells a new story, obviously playing out in Liberty City. In order to complete it, it’s necessary to have the base version of the production. In Grand Theft Auto: The Ballad of Gay Tony we play the role of a part-time gangster and assistant of the title Tony. There are twenty-six new missions to go through. 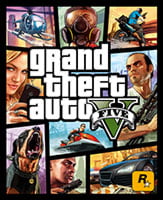 The complete and most expanded part of the series. The game takes place in San Andreas (modelled on California), along with the open city of Los Santos in the lead. Player has at his disposal a multiplayer mode with a sandbox gameplay, and a single mode in which we have an opportunity to learn the interweaving story of three characters. GTA 5 offers countless interactions with the world, and the possibility to build our own story in the virtual reality. 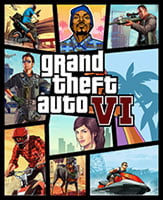 The studio has already started work on the sixth part of the cycle, and the gossip about creating the new installment of the gaming blockbuster talk about on-going motion capture sessions with well-known actors. The game’s release date hasn’t been announced yet, but it’s supposed that, like the recent Rockstar’s games, it will take place in an open and expanded world.